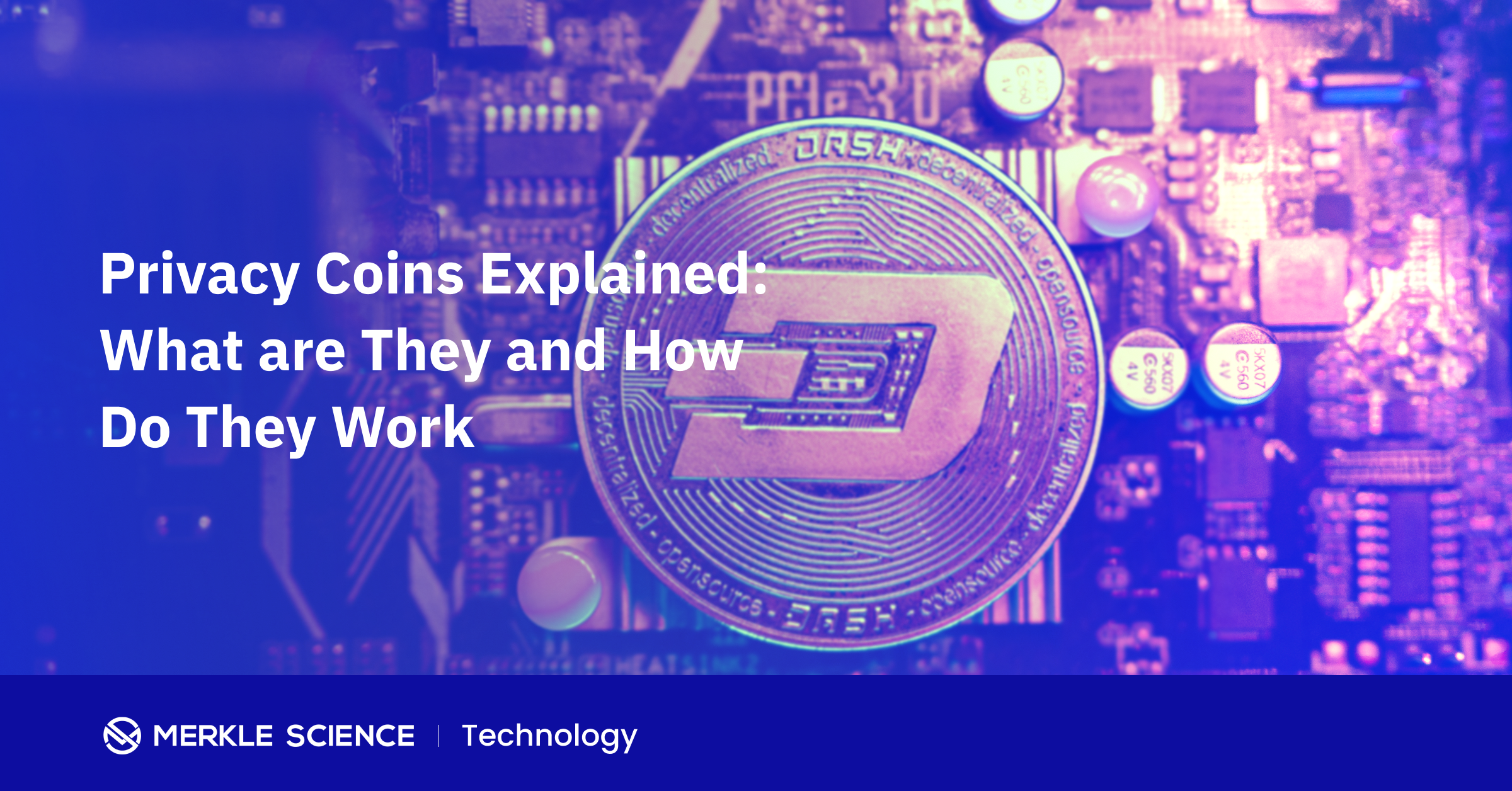 Contrary to the popular narrative, cryptocurrencies are not completely anonymous in nature. Cryptocurrencies like Bitcoin are actually pseudo-anonymous. This means that though the transacting parties can transact between themselves without revealing their identities, their transactions are still visible on the public blockchain. Third-party firms such as blockchain analytics companies can easily trace these transactions on the public blockchain, which can, in turn, lead them to the attached crypto wallet addresses. These wallet addresses can be linked to the real-world identities of the wallet holders.

Lately, privacy coins have garnered a lot of attention from regulators and law enforcement agencies because of their ability to facilitate money laundering and terrorist financing activities. The FATF’s Ethnically or Racially Motivated Terrorism Financing report pointed out that cryptocurrencies such as privacy coins are increasingly being used by extreme right-wing terrorists who have been gradually shut out of the traditional payment systems.

Privacy coins are a class of cryptocurrencies that aim to facilitate complete anonymization and privacy in blockchain transactions by obscuring the origin and destination of funds. A few of the techniques employed by privacy coins to obfuscate user information include hiding the user’s real wallet balance and addresses, and mixing multiple transactions with each other to evade blockchain chain analysis. Privacy coins run on decentralized ledgers maintained by a network of anonymous validators.

To effectively preserve anonymity and untraceability, privacy coins employ a variety of different strategies. The most popular of which include stealth addresses, ring signatures, CoinJoin and zk-SNARKs.

Stealth addresses: Privacy coins that use stealth addresses require users to generate new addresses for each transaction. Basically, the senders will use a one-time address for every transaction, even if multiple transactions are done with the same recipient. Doing so ensures that the third-party entities aren’t able to link any future transactions to the receiver’s wallet address used in the previous transaction. For instance, Monero employs dual-key stealth address protocol (DKSAP), obligates the sender to create random one-time addresses for every transaction on behalf of the recipient. The recipient, on the other hand, can publish just one address, yet have all of his/her incoming payments go to a unique address on the blockchain, which uses a cryptographic technique to ensure that this unique address cannot be linked back to either the recipient's published address or any other transactions' addresses.

Zero-Knowledge Succinct Non - Interactive Argument of Knowledge (zk-SNARKs): zk-SNARKS is a form of cryptographic tool, through which the crypto holders can prove a transaction’s validity without divulging critical identifying information such as names and wallet addresses of the transacting parties. Z-cash — one of the most popular privacy coins — is powered by zk-SNARKs.

Jurisdictions such as South Korea, Japan, and Australia have made the use and possession of privacy coins illegal. Further, top privacy coins like Dash (DASH), Monero (XMR), and Zcash (ZEC) have been delisted by multiple leading trading platforms including Bittrex, CoinCheck, Coinbase and ShapeShift.

The crypto exchanges that are registered in jurisdictions with strict KYC/AML regulations are obligated to collect identifying information of their users, which is not always possible with privacy coins. To avoid being slapped with fines, fees, and outright bans by regulators, exchanges simply choose not to list the privacy coin. Another reason behind delisting is ensuring compliance with the FATF Travel Rule requirement which requires crypto businesses to obtain, hold, and exchange the required originator and beneficiary when transmitting funds